Being a one-eyed supporter is easy

Posted by Robyn Dunphy on March 3, 2014 in General 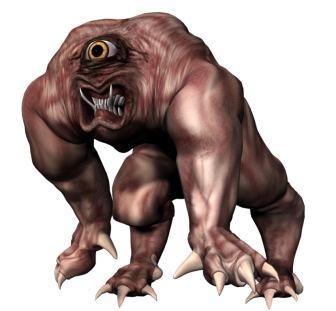 It must be wonderful to be a one-eyed supporter of anything: a football team, a soccer team, a political party or ideology; or a religion.

If you are a one-eyed supporter you can close your eyes and ears to anything that you think doesn’t fit your world.

I’m not a one-eyed supporter of anything. I stopped barracking for the Magpies when there was a racist furor many years ago. I left the Liberal Party when I could no longer tolerate many aspects of the current political platform. I am an atheist. I read a column today that was full of “oh the left should be so ashamed”. There was no balance in this article at all.

There was much talk of “vulgarians”. Interestingly, vulgarian is a term most often used to describe people who ostentatiously display their wealth.  I do believe, given the examples, the writer in question was actually referring to less than polite language, not displays of wealth. I happen to agree with the writer on this point. Far too much use of nasty personal insults in the political sphere these days. He forgot to look back at the “big red box” quail menu. That was rather vulgar, as per the definition of “making explicit and offensive reference to sex or bodily functions; coarse and rude.”

The main attack was on Mr Schwartz and his new paper launched by no other than a member of the conservative cadre, Mr Malcolm Turnbull. Bolt (yes, the columnist was Andrew Bolt, but I didn’t want to frighten everyone away too soon) seemed particularly concerned about the satire of one Richard Flanagan.

It even included a fantasy from author Richard Flanagan — the kind of absurd projection that makes the Left a laughing stock — in which he sarcastically proposed we work off our alleged racism with a strategy to “bomb the boats and kill all the illegals”.

I had rather enjoyed Richard’s piece to be honest because it made my piece proposing the possible reintroduction of slavery as a solution to the asylum seeker “problem” seem gentle by comparison!

Bolt complained about attacks on Scott Morrison, Fiona Nash and George Pell. Not once did he mention anything about the failure of those three people to perform their duties as required in the service of this country or, in Pell’s case, his flock.

Bolt has previously criticised the Manus Island fiasco and so he should, but he didn’t mention this in today’s attack.

I find it hard to believe that whoever assured Morrison or his staff that most injuries were suffered outside the centre was not lying. It’s no longer possible to believe other assurances now, including claims there was no evidence of anyone having their throat cut.

My confidence in the information given to date by the Government on this riot is now extremely low.

I see way too much of this from both sides, Bolt is just an extreme and vocal example of one-eyed fanatical support. I could suggest it is inappropriate for anyone, so one-sided they are rendered incapable of seeing the flaws in their own “team”, to be allowed a voice loud enough to brainwash the public, but that would contravene their right to free speech. We have to ensure we educate our children in the art of clear thinking.

Malcolm Fraser has called Tony Abbott a “dangerous politician, perhaps one of the most dangerous in Australian history” and Fraser is a past Liberal Prime Minster of Australia. Does Bolt not think there might be just a little in what Fraser has to say? That wouldn’t generate as many clicks, I suppose.

While many of our readers find this difficult to understand, I am a conservative. I’m not the sort of conservative currently in power. A little while ago, when considering the Tim Wilson appointment to the Australian Human Rights Commission, I highlighted the objectives of the constitution of the Liberal Party. It does make for interesting reading, as a few of my Twitter fellows commented.  I’ve made a few off-the-cuff notations in green below and I am sure you can make a few more (hint, hint, that is what the comments section is for).

2. The objectives of the Organisation shall be to have an Australian nation:-

(a) dedicated to political liberty and the freedom and dignity of man; I assume they mean the species, not the gender

(b) safe from external aggression and living in the closest communion with fellow members of the Commonwealth, playing its part in a world security order which maintains the necessary force to defend peace; That would be why we crossed into a neighbouring nation’s territorial waters, I suppose, several times! Didn’t take long to tell Russia to “back off” though. A case of one rule for us and another for everyone else?

(c) in which national defence is a matter of universal duty, and in which the spirit of patriotism is fostered and all Australians united in the common service of their country; Those of us who speak out ARE the patriots, because we want the best for our country. The one-eyed supporters are not patriotic, merely blinded by narrow idiological frameworks – both sides of politics!

(d) in which an intelligent, free and liberal Australian democracy shall be maintained by:- Intelligent – so we cut education finding? Free – so we stop people bringing their partners here? Liberal – no same-sex marriage for Australia.

ii) independence of the Judiciary; Of course!

iii) freedom of speech, religion and association; Freedom of association? The VLAD laws in Queensland?

v) protecting the people against exploitation; Right – that will be why a Green Army is being proposed where I am yet to be convinced the youth of this nation will be adequately protecting in case of work related injury and other issues

(e) in which men and women who have been members of the fighting services and their dependants shall enjoy honour and security and where preference and generous repatriation benefits are recognised; Is this being upheld? Do we honour our servicemen and women when we blame them for straying off course?

(f) in which primary, secondary and tertiary industries are promoted, new and adequate markets developed, the lot of country people improved, rural amenities increased, and decentralisation of industries encouraged; Oh, I could go one about this for hours! Lack of investment in science, little innovation support etc

(g) in which there shall be no nationalisation of any Australian industry without the approval of the people; I should hope not

(h) in which constant employment at good wages is available to all willing and able to work; Note the “at good wages” – dependent on (i) below

(i) in which employer and employee have a sense of common interest and duty, and share as co-operators in all advances of prosperity, and in which living standards rise steadily as physical resources expand and ingenuity grows; This sounds lovely, but simple mathematics shows it needs careful juggling. More on this another day…

(j) in which social provision is made for the aged, the invalid, the widowed, the sick, the unemployed and their children; Disability pensions, razing the NDIS, rising education costs

(k) in which adequate medical services are within the reach of all; threats to Medicare

(l) in which a comprehensive system of child and adult education is designed to develop the spirit of true citizenship, and in which no consideration of wealth or privilege shall be a determining factor; WHAT HAPPENED TO GONSKI?

(m) in which the youth of the nation is given every encouragement to develop its talent to the full, recognising that from its ranks will come the leaders of tomorrow; WHAT HAPPENED TO GONSKI? And are we only getting youth born of those who qualify for the PPL?

(n) in which family life is seen as fundamental to the well-being of society, and in which every family is enabled to live in and preferably to own a comfortable home at reasonable cost, and with adequate community amenities.

I can criticise the performance of the Liberal Party because I am a patriot and I see those objectives being thrown out the window by the current leadership.

It is easy to be a one-eyed supporter and follow blindly. It is not so easy to “man up” (I believe that is the phrase of the moment) and call a spade a spade.

Missing from the above is a humanitarian objective.  Maybe Malcolm Fraser was right:

Says Fraser: ”If there were a moderate – in philosophical terms, a liberal party – emerging again in Australia, I think people would flock to it from the Liberal Party and the Labor Party in their hundreds of thousands.

”And in my book, that would be easier than changing the Liberal Party to that which it used to be.”

To everything, there is a season

Is there a Labor supporter out there willing to throw their eye patch away? Noely gave the factions a blast in her very eloquent rant!

Note to USA readers: in Australia, the Liberal Party is the conservative party and blue, Labor are sort of your Democrats and red. Hope that clears it up for you! 🙂

← Goodies, baddies, wimps: where are the ADULTS?
Australia and women: for those considering migration →

18 comments on “Being a one-eyed supporter is easy”