What humans do to children

Today a headline drew my gaze.

Most of the media, main and social, is awash with either the federal budget or the Victorian political “crisis”. Yet here is a story to break anyone’s heart.

The fate of unwed mothers and their children. In Ireland. Between 1925 and 1961. My father (the dark-haired one above) was the son of an Irish mother, but born in New Zealand. An unwed mother. If the family had not emigrated, perhaps this would also have been my father’s fate. As it was my grandmother was “sent away” to give birth.

More than five decades after the Home was closed and destroyed … what happened to nearly 800 of those abandoned children has now emerged: Their bodies were piled into a massive septic tank sitting in the back of the structure and forgotten, with neither gravestones nor coffins. Source: dailylife.com.au

Just dumped. How many were murdered? Even if they “died”, how many died due to neglect? I wrote a while ago how ready first world countries are to criticise third world countries over corruption. We always consider ourselves so much “better”. Yet here I am related to people who were dumping children in a septic tank. Is it any wonder we in Australia have needed the Royal Commission into Institutional Responses to Child Sexual Abuse?

I cannot comprehend the fate of unwed mothers and their children in those times. I just can’t. The treatment of those poor children is criminal. How could the nuns possibly have considered it was Christian to do this? “Suffer not the little children to come unto me.” I’m an atheist, but in this case I almost hope those children did find a heaven, for clearly their life on earth was hell.

Yet we have a government that wants to spend our money putting chaplains in state schools. I’m not going into that debate because the wonderful Chrys Stevenson has been writing absolutely brilliantly on the topic. A good place to start is Of Krauss, Clowns and Chaplaincy. Chrys also wrote a wonderful series on Ron Williams High Court case and a great article on School Chaplains – Making Disciples.

I have been busy sharing the writing of Chrys far and wide, to the extent she threatened to appoint me her agent. I just agree with her work on this so much, I want to share her writing as widely as possible.

The terrible, terrible kidnapping of the Nigerian girls by the Boko Haram is an atrocity at the hands of a madman, about which little has really be done, as discussed by Bina Shah, the award-winning Pakistani writer from Karachi. Yet here were nuns, not so long ago, dumping children in a septic tank.

There are wonderful people who are also religious. Beautiful, caring humanists. Someone said to me the other day, such people would be good people without religion. The humanist in them, he said, is despite their religion, not because of it. All I know is actions speak louder than words. 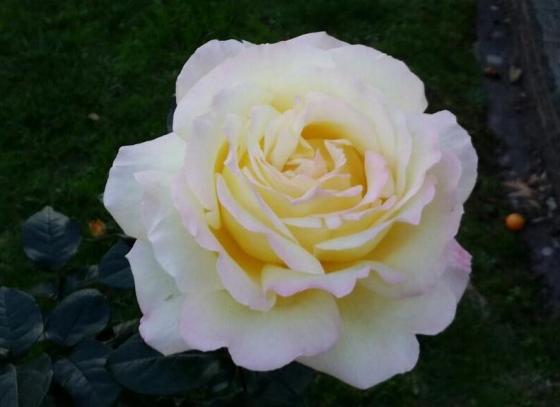 A rose for the forgotten children

← Upcoming documentary: Bloody UnAustralian
Where are the adults, again? →

15 comments on “What humans do to children”