I have a feeling my generation never expected to actually get OLD. We went to the moon, we were forever young. Not so my friends, not so.

I’m one of the younger baby boomers. This morning as I listened to yet ANOTHER doctor tell me something (frayed, inflamed tendons in this case) was COMMON at my age, I had an epiphany.

We were invincible, our generation. When I saw this windcheater, I just had to have it! We were AWESOME and we would never degenerate or develop auto-immune conditions. At least not until we were eighty or ninety. 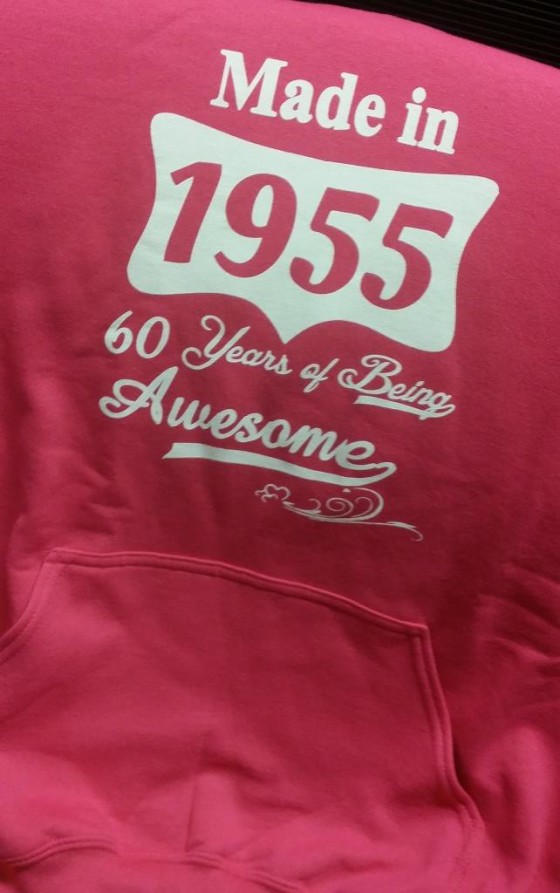 We were the sex, drugs and rock ‘n roll generation. Flower power. Man landed on the moon! We were never going to get old. We rode motorbikes without helmets, sex no longer got us pregnant (unless were very unlucky or careless), we smoked and drank with gay abandon (the 1950s definition of the word). Medical science made advances our grandparents would never have dreamed of. The first heart transplant took place. We were FREE! Our generation had more freedom than any generation before it, I believe, and possibly more than the generations after us. At least in my part of the world jobs were plentiful and petrol was cheap. Even half my university degree was free – the second half not so much.

It seems most of the singers of my generation sang this song. While not our reality, it was our dream.

As we close out 2014 tonight and say goodbye to what has been a horror year for many, from personal health battles to the loss of so many loved ones in aviation disasters and terrorist activity, I wish everyone a brighter 2015 and that we all stay Forever Young  – as Forever Young as we are able.

To the younger fry: let me share something. The body does degenerate, unless we take VERY good care of it. A friend in a similar physical state said to me today:

I’m on the top of the list for the first successful “brain transplant”. I want my brain in a body that works without the pain and suffering!

Put me on that list! The rest of you young ones can just NOT do all the things we did! A final tip: keep stress out of your life as much as possible, auto-immune conditions are the pits and there does seem to be a relationship of some sort as discussed in earlier articles.