Shey Webber case a timely warning to us all

After six months of following the case of Shey Webber, I still hadn’t given up hope there would be news.  News of a recovery for Shey first and foremost. Secondly a resolution for her case.

Sadly the police have announced today they have closed the criminal investigation and Shey is still in hospital.

I understand from earlier reports that when Shey was woken from the induced coma she was unable to remember anything and therefore unable to assist police investigate the cause of her injuries.

The police have had to rely on forensic evidence and have reached the conclusion Shey’s severe injuries were sustained in a tragic home accident. They will review if further information is forthcoming.

I can’t help wondering if we will ever know the truth of what happened.

Taking the investigation findings as “what happened” though, any of us who live alone should heed the lessons of this case. Shey’s injuries are life-changing. She has now been in hospital for over six months. Shey is not a frail elderly person we buy personal alarms for in case the person falls. She was fit, active and young.

I remember about twenty years ago I was living alone in a cute maisonette. It had been built before the days of indoor toilets and at some point a laundry and toilet, concrete floors, had been built on the back. I remember being home one day with the ‘flu. 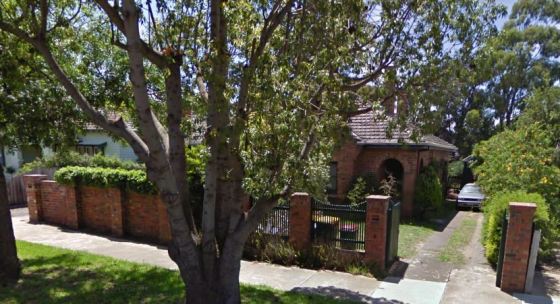 My little maisonette many years ago

I had a fever, was probably a little dehydrated. I remember nearly falling down the VERY deep step into the toilet. I mentioned to my daughter later that I realised I could have “cracked my skull open” and been there for days. Mel and I don’t talk every day and as far as work were concerned I was home sick – they were unlikely to disturb me unless it was absolutely necessary. Even if they rang and there was no reply, they’d have thought I was asleep.

I was always very careful with the toilet after that.

A similar case was my sister’s foster mother. A quite elderly lady, she was visiting my sister in Tasmania. My sister and her family lived in a building that was a converted post office. The bathroom had been built on the back. Like my toilet in the above residence, the step down into the bathroom was a danger. My sister’s foster mother got up in the middle of the night to go to the toilet. She didn’t want to wake anyone so she fumbled about in the dark. She fell and broke her ankle. Still not wanting to disturb anyone and probably not realising she had actually broken her ankle, she tried to stand, fell again and broke the other ankle. My sister had visitors for a lot longer than planned as her foster mother healed.

I can see from practical experience that Shey’s injuries could have been an accident, but for her to be still in hospital, it must have been a drastic accident.

I hope Shey does recover in time and I will keep watching the media for news of her progress.

← Dead Man Walking versus Dead Woman Walking
How much does it cost to COMPLETELY collect and process that $7? →